Arena Studios and Gallery will be taking part in Liverpool Open Studios on Saturday 14th October, opening its doors to the public from 10am – 6pm.  Come and explore the studios, meet working artists, have a cup of tea and enjoy an exhibition of members work.
To access Arena enter the Baltic Social Bar and press the doorbell on the Arena sign, next to the door, to the left of the lift. Wait there and someone will come and get you.  Any problems call 0151 707 9879.
More about Liverpool Open Studios
Over 130 contemporary artists across 19 venues in Liverpool will open their studio doors to visitors on Saturday 14th October 2017.
Highlights include access to the historic Bridewell Studios, the new Make Liverpool workspaces, and street art specialists Zap Graffiti. Liverpool Open Studios 2017 (LOST17) is a new, artist-led open studio event run by professional artists and makers practicing in Liverpool, UK. For just one day each year this is the public’s opportunity to see inside artist studios, meet the artists, buy art and experience art in the making. Entry to all participating artists’ studios is free.
The event will feature Liverpool’s major artists’ studio groups, maker collectives, individual artists and artisans working in studios, workspaces and homes across the city. LOST17 is a snapshot of Liverpool’s internationally famous creative scene and offers a rare glimpse into the working lives of some of the city’s leading visual artists.
Participating artists, makers and studio groups for LOST17 include: 104 Duke Street Studios, Ali Harwood, Arena Studios, Art in Windows, Bridewell Studios, Brushstrokes Group, Deborah Butler Gallery, DoES Liverpool, HUB Studios, John Elcock, Make Baltic, Make North Docks, Mary Delaney, The Greatbanks, Outpost Studios, Rena Pearl Photography, ROAD Studios, Sally-Anne Thompson and Zap Graffiti.
Each year open studios event occur across the UK and internationally, with popular events happening each year in Cambridge, York, London and on the Wirral. LOST17 is now in its second year following a successful pilot event in south Liverpool in 2016.
Visit the website www.lo-st.uk for locations and times on Saturday 14 October 2017 and keep updated before you travel by following the event on Twitter via @LivOpenStudios 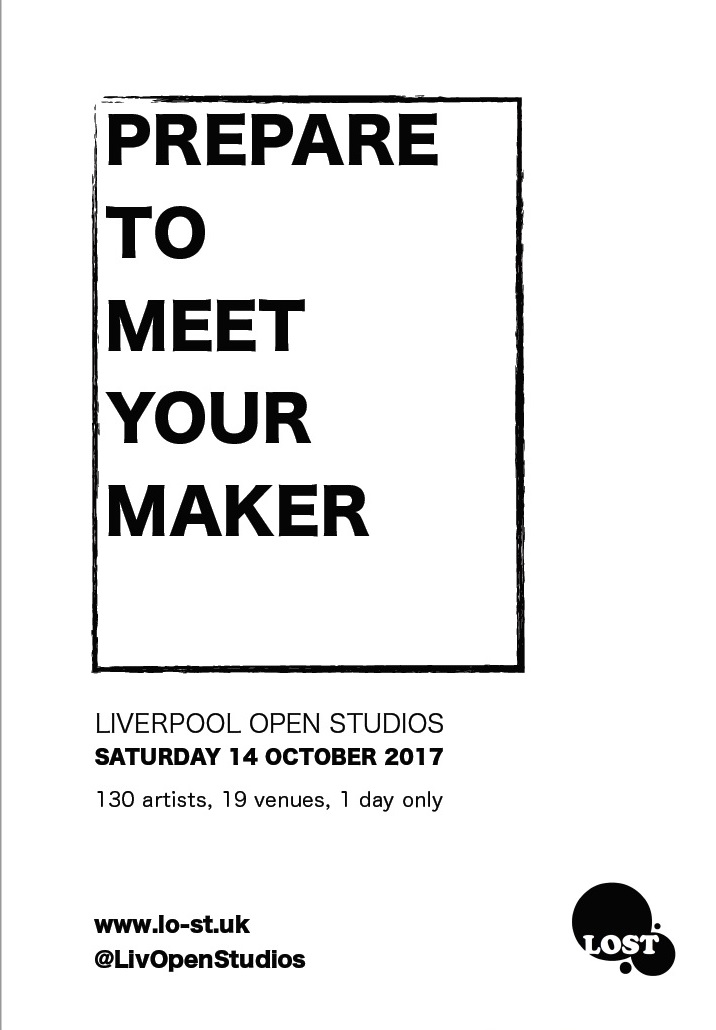