Above and Beneath
Paintings by Josie Jenkins and Peter Appleton
12th to 28th September 2014
The Reader Gallery
Calderstones Park
Calderstones Road (off the A562 Menlove Ave )
Liverpool
L18 3JD
Opening Times:
Private View Friday 12th September 6pm – 9pm , open to the public
Open from Saturday 13th September – Sunday 28th September. 11am – 5pm
Josie Jenkins and Peter Appleton work alongside each other at Arena Studios in Liverpool.  While their approaches are very different there is a certain synergy in their work.  Both artists are drawn to the less glamorous parts of the landscape: waste land, industrial units, lonely, maybe even sad places.  In addition, while they use different colour ranges, both palettes are muted, in sympathy with the subject matter. Imagery is subtle and at times rendered a little obscure on the canvas, as both artist walk a knife edge between representation and abstraction.  The focus is not to just to impart an image but also a feeling for a place; not only what is seen on the surface but what lies underneath the things we see.
For more information about the Reader Gallery please visit:  http://www.thereader.org.uk/calderstones/the-reader-gallery
For more information about the artists please visit: www.josiejenkins.co.uk and http://applpainter.wix.com/peterappleton 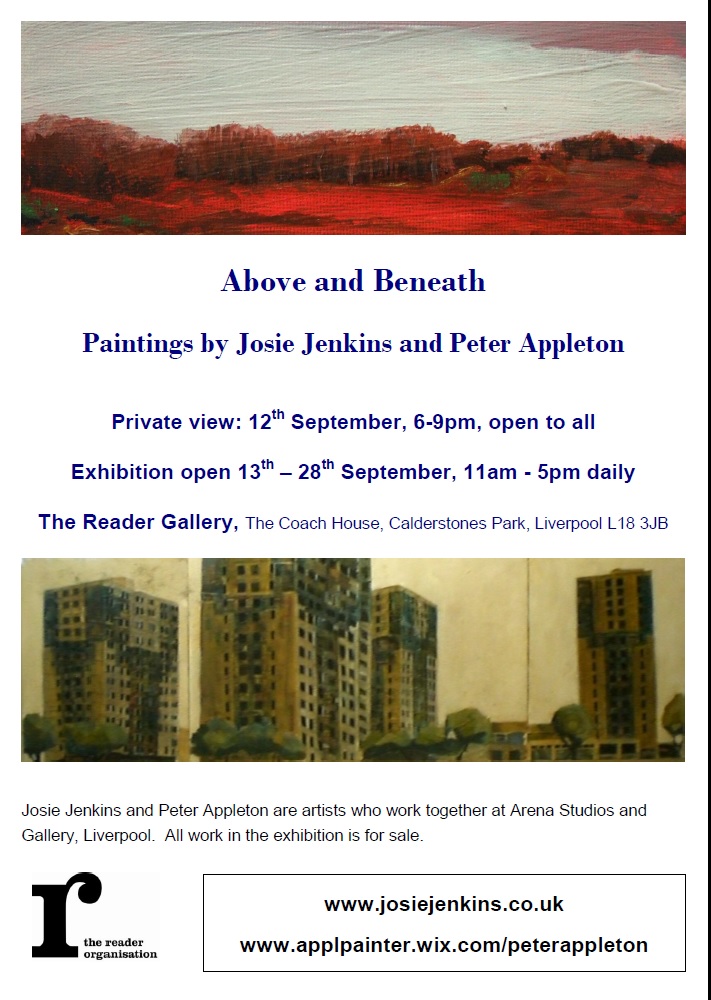